A study on how to represent 16bit in a symbol, given that

The first 8bit are represented by colouring fields of a symbol either black or white (0%, 100%). The second 8bit alter the colouring by shading it towards 50% grey (20%, 80%). The outline of the fields are 50% black, giving a hint onto which side the two bits of one field are flipped.

I intent to use this as a starting point for a graphical representation of the BetaBlocker heap. Anyhow, I have no idea yet where it will end up, however, doing it helped me in understanding the needs for a proper tangible representation. 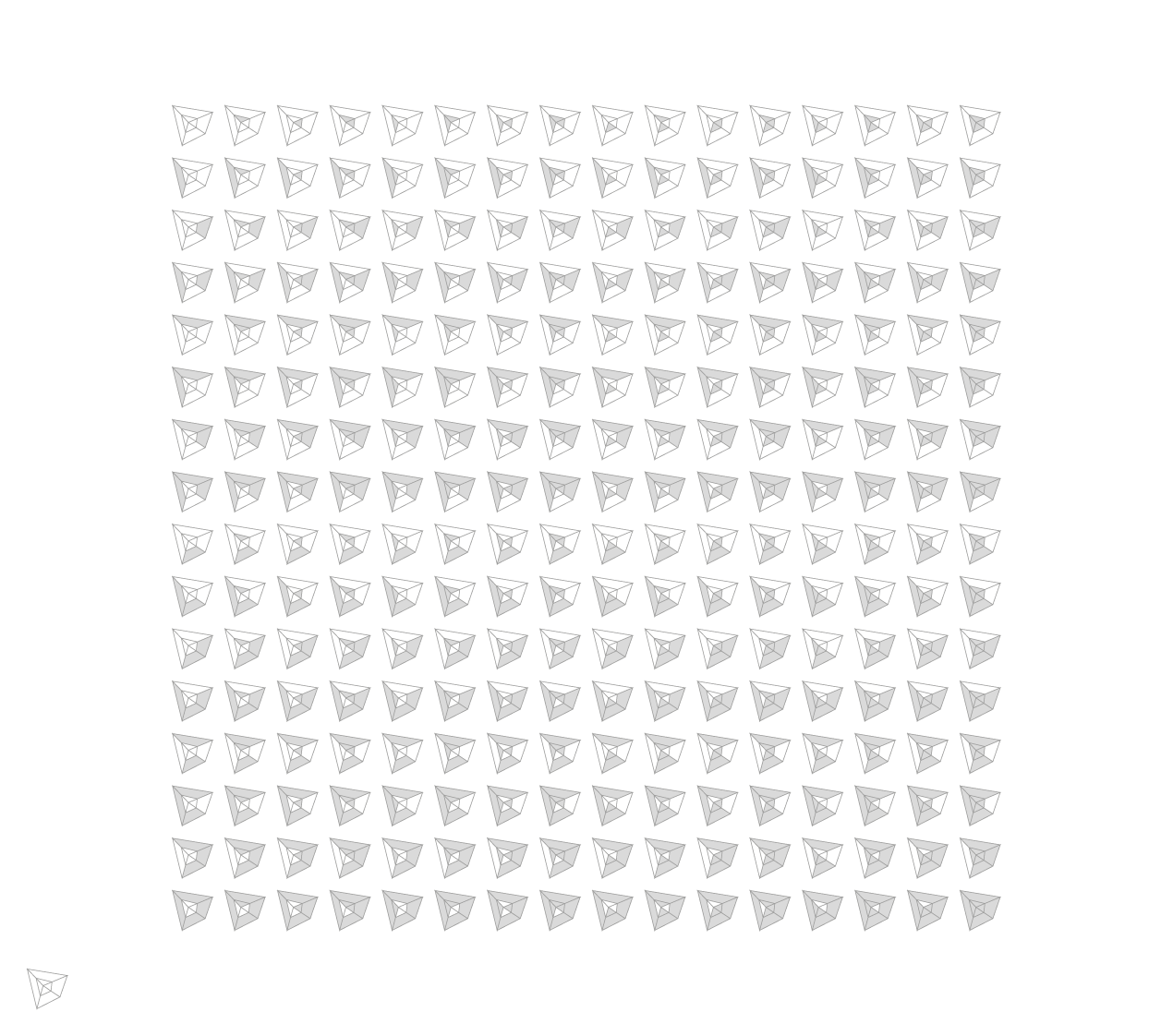 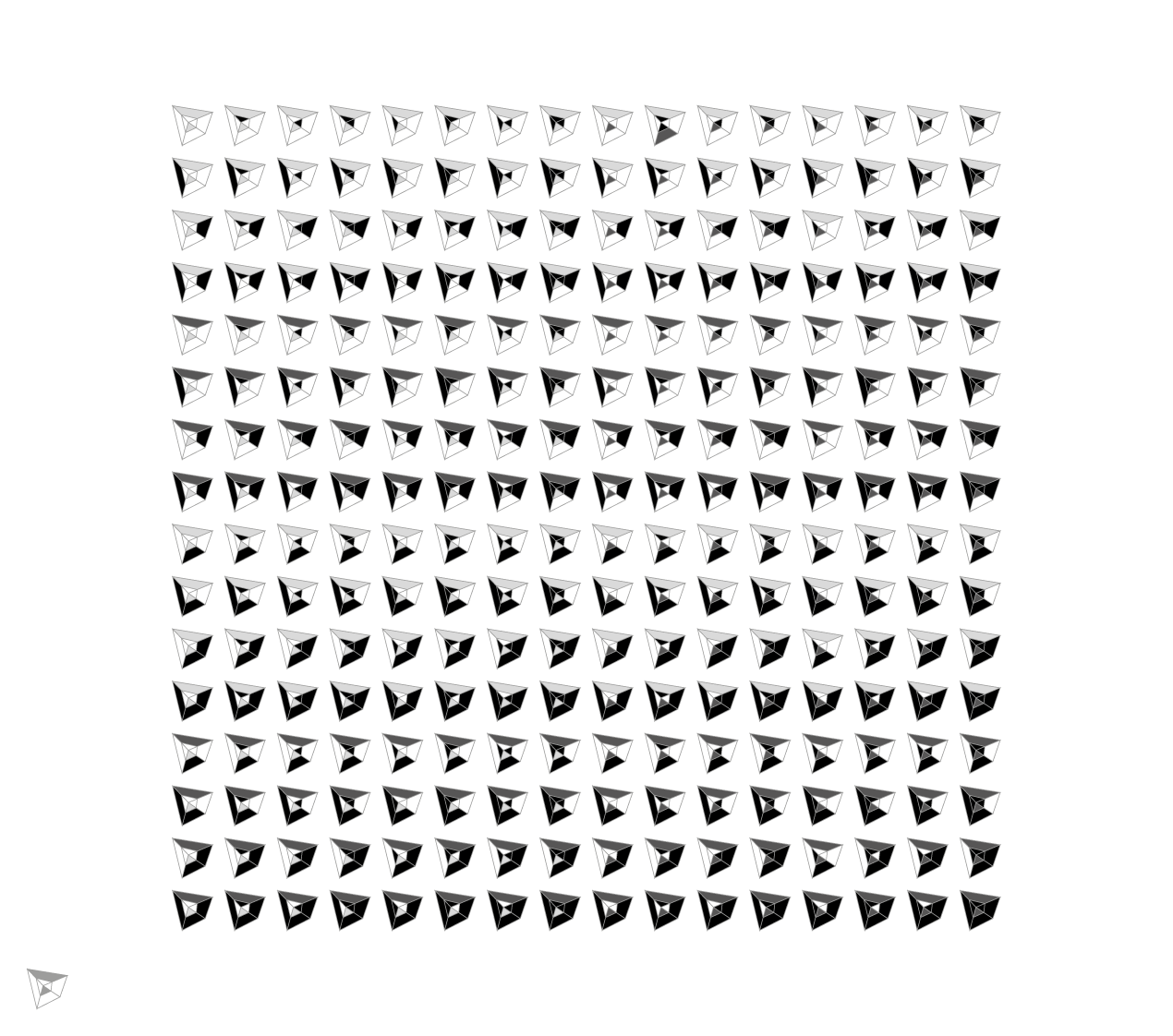 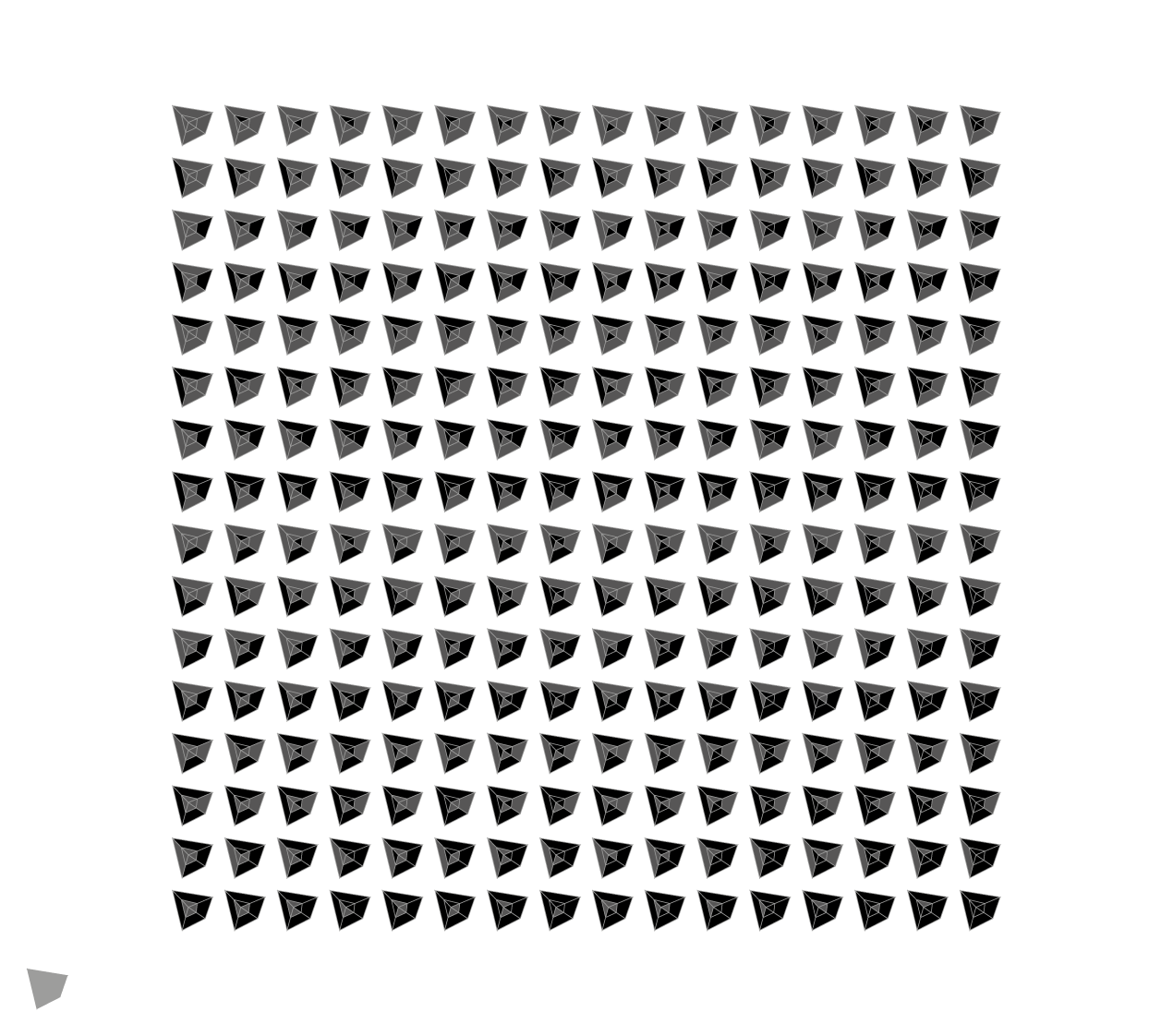