Katharina Hauke is a Berlin based audio and visual artist investigating the question of identity, subjectivity, the medium, perspective and other forms of perception. She works with both video and audio recordings and their manipulation. One of her projects is the MikroKontrolleur, an electronic musical instrument designed for vocalists. Katharina also works as cinematographer for documentary and fictional films.1

On performance, voice and its manipulation

Till: In the text “Voice” that you wrote in 2016 for the Almanac on contemporary instruments, you write

I will equate to speak or to sing (in the most popular sense) with “to use ones voice”. Thereby outlining my understanding of “to play ones voice”. The latter would then imply to wholly become it, to actualize the potentials of the body on behalf of its being a voice, an instrument embodied by its player.

How does this relate to your instruments and particularly your approach to manipulate and resample your voice with MikroKontrolleur?

Katharina: It is a very polemic text and I would probably not say this anymore, not as dichotomic as this. What I still like about the text and what might also be the connection to the MikroKontrolleur is the idea of a vast universe of possibilities within every little thing, and that these universes can change so thoroughly when emphasising or shifting some of its knots even only slightly. Or, which is actually the same, when moving the/its/our center of perception.

There is also a pessimist side of this thought: we tend to not stay curious about these universes, one of them being ourselves. Often we restrict ourselves because we think we should (behave this way or that way), sometimes because we are forced to. These things and thoughts and even every-day life can become repetitive, not in a meditative way and not as a choice, more like a compulsion. We repeatedly stress the same knots within our neural system until they become so strong that it is hard to try something new or dare anything at all.

Long story short: The MikroKontrolleur helps me to perceive my voice differently, it makes me do things I wouldn’t want to do if I didn’t hear what it does. It is an improvisation instrument, it is like a playing partner in an improvisation. It makes fundamental choices within our performances such as deciding on the type of live sound manipulation or the extent to which the pulleys influence each other. These things are not in my control, I cannot know in advance what would “make sense” to do with this sound (to make sense = a pattern I remember) but I can find out what I like about it as I go. In the end the pieces are different to and way more interesting than what I could have produced, had I been in total charge.

Till: This makes me curious about how you prepare and conceptualise your performances. Watching them, I often recognise a certain intimacy and fragility. Do you consider these elements important for your work?

Katharina: The way I prepare or produce is kind of similar to how I work with the MikroKontrolleur: first I do, then I see what I did and what I like or don’t like about it. And I continue doing this until I can perceive connections between these points of interest. This ‘something coherent’ feels like a necessity and I usually follow it from there. This, if anything, is what gets me through the diligent part of the work.

Not in my preparation nor in my performances do I know (in the logical sense) what I am doing, I can only feel that there is something and somehow that has to be enough because if I could grasp it, it would probably not be there. Still I would love to be this secure, straight performer, but I am not. And these things or their negation are very much what I work with. So yes, my work is usually quite personal. I find it hard to do, to start, to open my mouth and make a sound. But that is also why I feel very much every sound that I do produce or that the world produces. 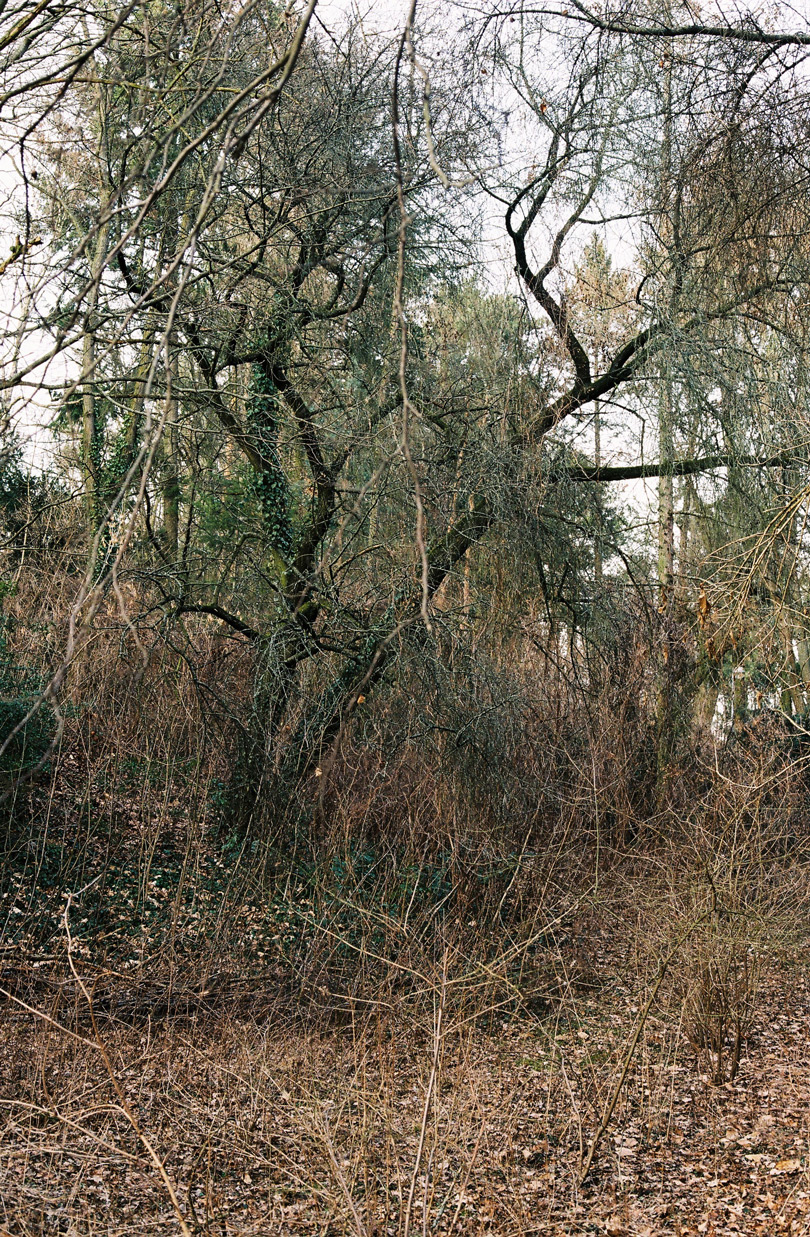 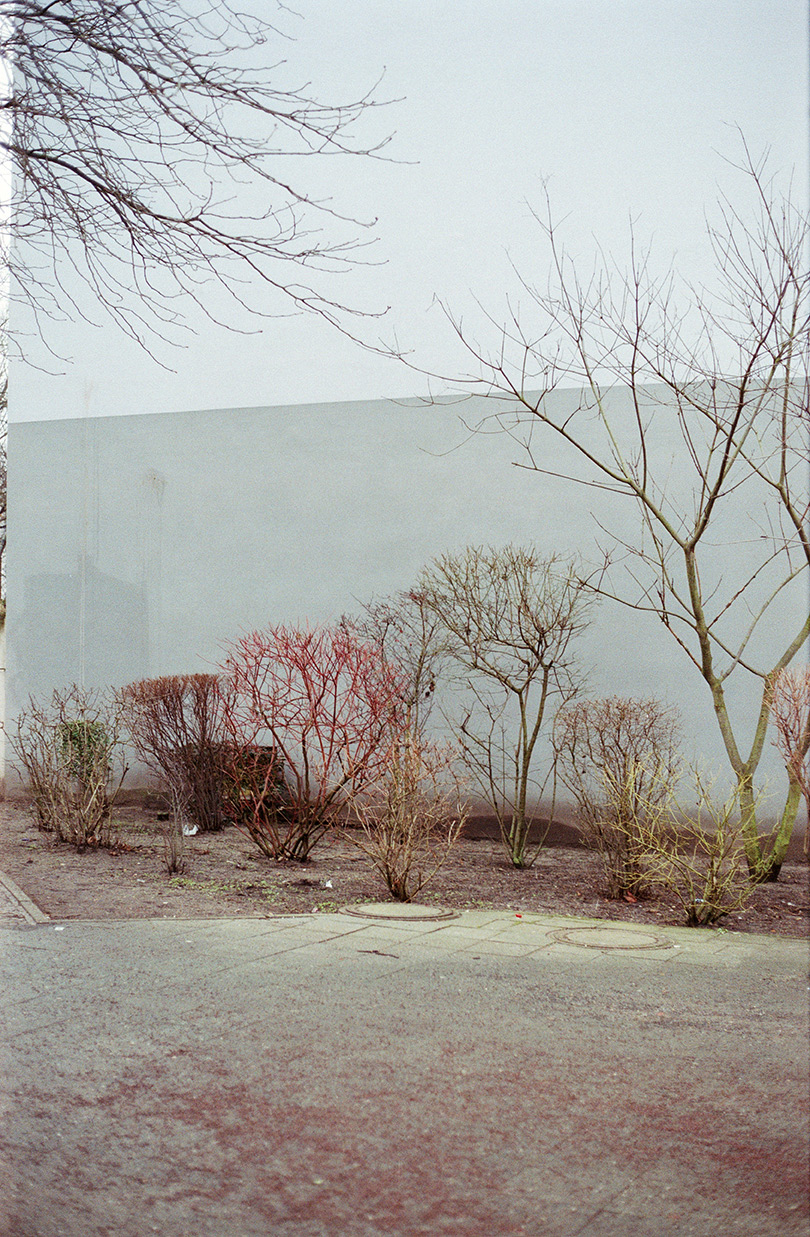 Till: Another aspect I see in your work is an inclusive humour that invites the audience to take part in your observations of strange, often found artefacts and situations. Does this relate to your awareness of your surrounding? Since you are also a cinematographer and photographer, is the act of collecting part of your curiosity?

Katharina: Possibly, yes, it is also part of my love and my sadness. I had this phase when I collected old photographs from flee markets. Maybe everybody did at some point. It became a real addiction, I couldn’t stop thinking about the people and their lives, I wanted them to stay in this world. They became so precious to me that I had to find a way to force myself to quit collecting them. I did what I was so angry for at these peoples descendants or friends or whoever had administered their estate: I tossed them out.

Even though I remember most of them I kept only one. It’s a woman in a chair, flat against a white background. Something in the room must have been dark red, maybe the carpet, so the wall catches a lot of pink light. Her posture, the way she put her arms and her facial expression show that whoever was sitting at her feet, taking that photo was a person she was very comfortable around. I think it’s the most beautiful picture I ever saw.

Till: What other relation do you see between your cinematographic work and your musical practice?

Katharina: There is a very direct link between my documentary camera work and field recordings as well as feedback performances that I make: I want to perceive, trying my best to both acknowledge the fact that I alter the situation and to keep it to a minimum – maybe also a third: to be curious and subjective. But in fictional film and tracks that I produce it is the same somehow, maybe not as obvious, but I always try to find out what is there and to act accordingly and with a big emphasis on my feeling of the situation, not so much logic or a plan, it has to feel right, which is then probably also logical in some ways, but a lot more complex.

“A whale singing an opera in its tree” — teaser for the performance “singing whales and bodyless sirens” by Nguyễn Baly, Fanny Sorgo and Katharina Hauke.

Till: One challenge that I see in my own work is how to communicate my intentions to the public, especially if a key element is to not have an audience, as e.g. in instruments for moments of solitude (mimos). Do you think that a performance can happen without an audience?

Katharina: I believe that there is always an audience. We can of course try hard not to have one. But even if we could construct a material and a room from material that isolates our sounds and hides us from vision and mutes all other senses that we know or that we can imagine; there is always us and we are not isolated ourselves. We are not one: We are permeable and soaked with an army of microbes.

But maybe the question you are posing has a slightly different approach, maybe it is the question of the attitude of the performer while performing? Am I performing in order to please an audience, or shock it or whatever. So it would be performing directed towards someone or something. Or am I playing to myself? And if so, do I have any intention or direction towards myself, do I have expectations? Am I my own audience? (But this could become an endless psychoanalytic problem: Are these expectations towards myself my own…?)

And if the answer is no, is it still a performance? In that sense it is also the question of the attitude of the audience during the performance. Let’s call it the question/issue of the indifferent penguin that is “played at” with a bagpipe. And maybe here we can enter the epistemologic discussion: does any audience ever perceive our performance? Are we always performing without an audience?

Till: About the Piper and the indifferent penguin you mention, I digged a little and found, apart from the wikipedia caption war, this interesting piece.

Gilbert Kerr was a member of the crew of the “Scotia” on the Scottish National Antarctic Expedition of 1902-04, which was organised and led by Dr. William S. Bruce. Kerr was the official piper of the Expedition, and, in this capacity, was photographed performing in full Highland dress even in the harsh Antarctic environment. The Emperor penguin accompanying him in this particular photograph was tethered to a large cooking-pot packed full of snow. [Archived text by the Royal Scottish Geographical Society]

There are so many things right there to be talked about… maybe this: Since this photo is clearly showing that the penguin would be somewhere entirely different, if not tethered to the place, could you imagine any non-human living being interested in what we call “culture” or, more precise, “music”? How would such music sound like? Would human and non-human be able to appreciate the same “piece”?

Katharina: Uff that’s terrible… I guess we agree that like that they won’t. It reminds me of ‘L’enfant sauvage’ a most amazing film by François Truffaut. It tells the slightly romanticised but true story of Victor de l’Aveyron, a boy who in 1797 was found in the woods where he grew up without any contact to human civilization. He can’t speak nor does he react to the sound of humans speaking – which makes the scientists who study him think he must be deaf. He is not. It’s just that speech to him is noise, sound without signification and therefor without significance. I see two possible points of contact here:

Maybe, had he heard a human speaking while in his natural habitat, he could have been interested? It would have stuck out from sounds and patterns he knew so he might have been curious about it. Curiosity needs a kind of safe frame to evolve.

Second, if I remember correctly, in the film he does react to the sound of a nut cracking in a room; a familiar sound attracts his attention since he can relate (something) to it. At first glance this contradicts what I said earlier about wanting to break free from habitual patterns, but it changes when we switch perspective because we are neither the boy nor the penguin. And if it is us who want to play music with them or communicate, then it is also us who should show interest in their interests, habits, patterns. This could be a start for a relationship which, if it develops, could also lead to the first point.

Till: Thank you for your thoughts!

I first met Katharina on the day before she handed in her Master’s Thesis on Darwin’sche Finken suchen. Her brilliant work, being full of associative links and rizomatic interconnections, somehow left me speechless and at the same time aware that open-ended research is possible in an art context.

In 2016 I had the pleasure to meet Katharina as part of a group of sound artists invited to the Hai-Art micro-residency on Sonic Wilderness on Hailuoto. There we developed and filmed the work on AS Maaum Siilium.